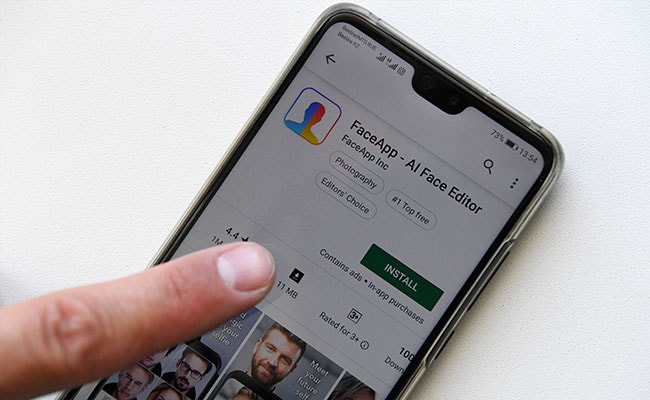 FaceApp allows anyone to morph their face into a vision of their future self.

Shortly after the playful photo-transforming FaceApp went viral Wednesday as the most-downloaded smartphone app in America, a nationwide panic began to set in: Who was this shadowy Russian tech firm everyone had been sending their photos to? And what did they want with millions of people’s faces?

But some of the darkest fears of a Russian connection, researchers and technical experts said Thursday, appeared to have been overblown: The photos are stored on conventional servers run by American companies, and no evidence has surfaced that the company has ties to the Russian government. Technical analyses also found that the app does not, as some rumors stated, swipe a person’s entire cache of photos or open their data to unlimited surveillance.

Still, experts said, the FaceApp anxiety highlighted how quickly public attitudes about the Internet have changed amid a widespread reckoning over data privacy and election interference, with more people beginning to think twice about the personal data they freely give up – and the companies they decide to trust.

FaceApp allows anyone to morph their face into a vision of their future self, and social-media feeds quickly filled with computer-generated portraits marked with wrinkles and graying hair. But the app’s development by a largely unknown Russian firm, and its widely permissive rules for how people’s photos could be used, triggered alarms in Washington and beyond.